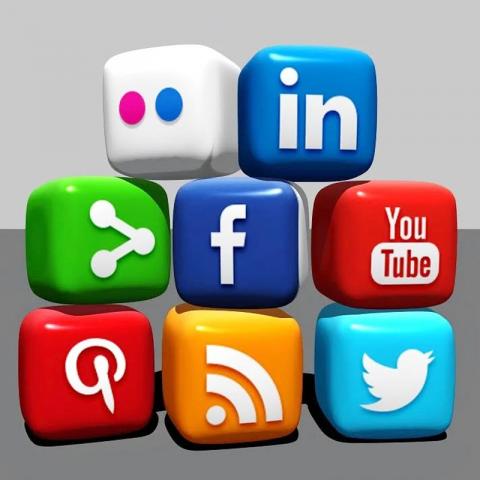 MUMBAI: Even before the lockdown, Bollywood actors had started to make themselves prominent on social media.

During this pandemic, Instagram, YouTube and TikTok gave TV stars ample opportunity to connect with fans in a relatively safe environment. While production was halted, actors leveraged digital mediums to expand their footprints as well as their earning potential. They are able to provide companies, advertisers and sponsors, a solid set of analytics and data attached to a specific audience.

Television actors Vatsal Sheth and Ishita Dutta have been posting fun videos on TikTok recently. Dutta says that technology has felicitated work from home format to a certain extent. Says she: “We have made a music video and a short film at home. Thanks to technology we could still work from home. Because of social media platforms specially Instagram and TikTok, our fans can connect to us directly. During this lockdown, I utilised my time to create content.”

Initially the couple started creating short films for their own platform. But slowly their content gained traction after which Times Music approached them to make a music video. This lockdown period is also giving different revenue options for the couple. When actors are unable to shoot, social media helps in terms of networking and brand endorsements.

She further adds, “Digital medium is here to stay. All the leading TV channels have their own apps now. People are preferring OTT platforms and social media platforms to watch content.”

They are planning to continue making content even after shooting resumes. As a result, the couple has already invested in tripods, lights and other necessary equipment.

The actor believes that digital would be the most preferred medium now because even after the lockdown is lifted, things would be stricter in terms of crowd gathering.

She adds that technology has made her life much more easier and hassle free. However, technology has its own pros and cons. For a beginner who is just setting up, it could be really frustrating at times to understand things. Taylor also thinks that at times, technology makes a person more dependent.

According to Taylor, a digital medium acts as a platform to address important issues. But, actors, at times, pay the price for being vocal; they are constantly under the radar. She adds, “Sometimes I feel social media is overrated, we are being judged for whatever we say.”

Kasautii Zindagii Kay actor Erica Fernandes thinks technology has facilitated work from home option. It has become easier to upload content by sitting in the comfort of your home. Fernandes, who has 1.26 million subscribers on her YouTube channel, feels that today everybody has all the devices and equipment ready to create content. One does not need a proper setup to begin a channel, content can be created just by using a mobile phone.

For Fernandes, YouTube is the most favourite platform and she is not planning to expand to other platforms like Instagram or TikTok. According to her, YouTube has a huge audience base and consumption rate is also high. It is highly profitable in terms of revenue. She adds that YouTube has more reach as compared to Instagram’s IGTV feature.

She notes, “YouTube is a knowledge-based platform. If someone wants to know about a particular topic they will go to YouTube and not Instagram.” Investors will be more interested in digital entities now as the sector is booming. Unlike television, digital platforms don’t have a set deadline to meet.

Fernandes concludes the conversation by highlighting that digital will remain the most preferred medium because it is easily accessible and convenient. Actors who are not able to explore their creativity on television, can express themselves through digital mediums. It also helps in generating revenue, getting brand deals and advertisement.