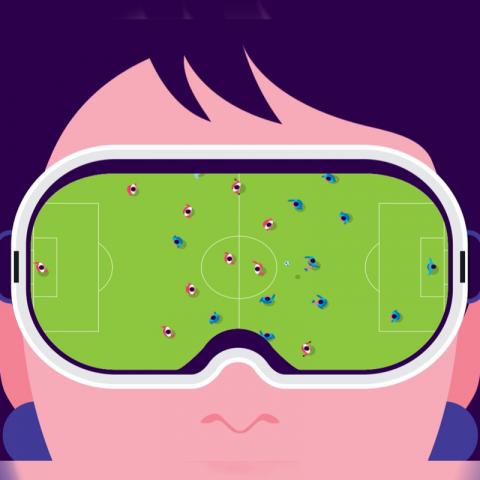 MUMBAI: The marriage of sports with technology is reaping rewards. Nearly 90 per cent of Indian fans believe that the use of emerging technologies in sports has enhanced their overall viewing experience, both inside and outside the stadium, according to a Capgemini research institute report on ‘Emerging technologies in sports: reimagining the fan experience'. Additionally, 70 per cent of sports fans across the world point out that technologies like artificial intelligence (AI), augmented reality (AR) and virtual reality (VR) have changed their overall viewing experience.

“The advent of the AI, AR, and VR age has added a new dimension to the sports genre. It has pushed the creative boundaries and sports broadcasters are lapping up the tech on offer,” says Sony Pictures Sports Networks, head - marketing & on-air promotions Neville Bastawalla. “The VR and AR setup, a part of Sony Sports studios, have constantly been used for marquee events like UEFA Champions League, India tour of Australia 2019, Commonwealth Games, UFC, etc. It has really added another layer of interest, intrigue and visual delight for sports fans, creating more immersive sports viewing experience.”

Citing an example of technology that helps the sports broadcaster, Bastawalla says, “Imagine one studio catering to various sports but with a different look on a flick of a few buttons. One can start the day with an Australia theme studio in the morning and get a completely new set designed for European football at night - all this in one studio and through the magic of VR.”

“However, the sports broadcasting industry has just scratched the surface as far as the power of VR and AR are concerned. Globally, tech partners are working around the clock to deliver the next big thing on this platform,” adds the marketing head of Sony Sports channels.

Echoing the views of Bastawalla, Dentsu Aegis Network - South Asia director - data sciences, Abhinay Bhasin says, “Technologies like AR, AI-driven systems and VR have only spurred the growth of users and engagement of sports fans by offering ‘never seen before’ experiences. The future application of such technology is limitless. Imagine creating an experience where you are at the finish line just as Hima Das finishes her sprint or on the field just as MS Dhoni knocks a winning six!”

“Technology used in sports broadcast has helped advertisers in various ways in recent times,” says Bastawalla. “For example, during LIVE cricket broadcast, virtual reality is not only used for display statistics or player information as an immersive graphic component, but also has become a tool through which advertisers can get visibility on the playing field.”

Meanwhile, Bhasin says, “Digital has propelled the movement of eyeballs from being glued to television sets to now being glued to mobile and digital screens on the go. The ubiquitous consumption of data fuelled by inexpensive smart phones and telco wars has only given momentum to a shift in the online behaviour of audiences.”

There has also been a marginal rise in the way e-sports is being consumed across the globe. Topping the chart in watching and playing sport through e-sports, the report said, India has a fan base of over 70 per cent who have watched e-sports and 57 per cent have played it.

Bhasin mentions, “With the present and future now being driven on an online world, for example Hotstar, which logged 300 million users and a 40 per cent market share of active users in April 2019, sports is being rapidly shifted to digital screens – requiring brands to follow audiences and engage in an online space.”

The report says, “This research has laid out the benefits those organisations can reap by appropriately deploying emerging technologies to not only enhance the fan experience but also to attract more fans.”

“The common drawback broadcasters and advertisers face is in keeping audience engagement levels at constant highs,” says the DAN data science director. “Every format of sport has moments where energy levels are at lows and there is a constant drop out the risk of audiences.”

“As technology pushes the creative boundaries in terms of delivering information, it creates a new avenue to have more and new-age advertisers on board. However, it being an upcoming and nascent field, has high entry barriers and need deep investments,” concludes Bastawalla.