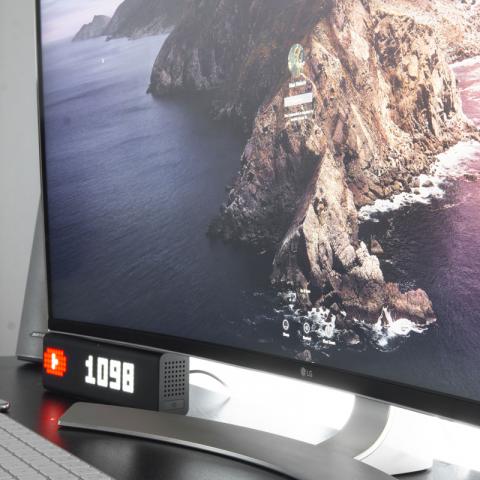 MUMBAI: During these testing times when coronavirus is spreading rapidly in the country, news channels have taken measures to make viewers more vigilant to fight this pandemic through various TV and social media campaigns.

In this regard, each network is doing its bit by spreading awareness and helping the government to send positivity. Along with that, the channels are also trying to bust rumours and fake news regarding Covid19. Even prime minister Narendra Modi asked people to spare a thought for the journsliu  who are in the thick of this pandemic, reporting.

Not just news channels, many brands have stepped forward and started a campaign with an aim to break the chain of virus spread.

“Ensuring that the viewers are protected from misinformation and fake information, TIMES NOW, ET NOW and MIRROR NOW drives home the importance of fighting fear with factual and accurate information. News brands are also on top of the coverage with the content offerings like safety tips, do’s and don’ts, myth busters, and ask the expert among others,” adds Srivastava.

In the digital sphere, the network is also leveraging its social media assets across Facebook, Twitter, Instagram, Youtube and Tiktok through a series of curated short format videos led by the network’s anchors, that explain and bust myths around the virus and covers relevant questions and concerns of the viewers, explains Srivastava.

Similarly, ABP News Network has come up with a public awareness campaign to address the virus. The campaign, which is called ‘#CoronaKoDhona,’ has garnered tremendous traction on television as well as the social media pages of ABP News. The video campaigning comprised of 13 short clips featuring the network’s anchors, presenting a short awareness message on the importance of handwashing.

In this regard, ABP News Network chief executive officer Avinash Pandey, says: “When mankind is fighting a deadly pandemic, awareness and sensibility are the initial steps. Through this campaign, we aim to safeguard the health of the people by providing requisite information on the virus so that preventive measures can be taken effectively, while also dispelling fear & worry on the pandemic.”

India TV has created a campaign “India TV Ki Pukar, Ghar pe Raho Iss Baar” with a campaign hashtag #StayAtHome, which is shown on its news channel and social media platforms. Moreover, the channel has also made other offline services available such as a 24x7 dedicated helpline to address viewer queries during distress.

India TV marketing manager Aruna Jamwal says: “The idea is to ensure that in these testing times we should all come together, by staying away, and support country’s united response led by prime minister Narendra Modi in ensuring that his message should reach every Indian and each one of us takeo it as a responsibility upon us to abide by the same.”

India TV digital has also been making all efforts that users across spectrum receive credible information at all times through its social media handles, which has millions of followers. Highpoints of all related shows on news channels are also interestingly packaged for dissemination on Twitter, Facebook, YouTube among others.

India TV’s marketing manager also says: “The programming is not only dedicated to spreading credible knowledge, disseminate awareness as possible, but by also sharing expert opinions and spreading the list of do’s and don’ts at regular intervals. We are also creating audience-connect specials for a real-time face-fo-face query redressals to the benefit of millions sitting in their homes.”