Fire breaks out on the set of Balaji Telefilms’ 'Kumkum Bhagya' 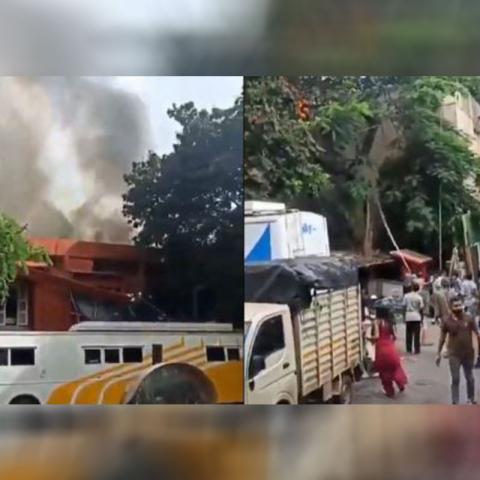 MUMBAI: A fire broke out on Saturday on the set of Ekta Kapoor’s show Kumkum Bhagya. The daily soap telecasted on Zee TV is produced by Balaji Telefilms.

The shooting of the TV series takes place at Killick Nixon. Earlier, the studio was shut down for a few days after Kasautii Zindagii Kay actor Parth Samthaan tested positive for Covid2019. However, the shooting of the shows resumed after a break of three days.

As per media reports, a major fire broke out at the set, but according to an entertainment portal, the incident happened due to short circuit.

Shooting was in  progress when the fire broke out. Fortunately no one was injured and the cast and crew were moved to safety.

Television actress Sriti Jha, who plays the main protagonist Pragya in the show Kumkum Bhagya has shared that she is absolutely safe after a fire broke out on the show’s sets.