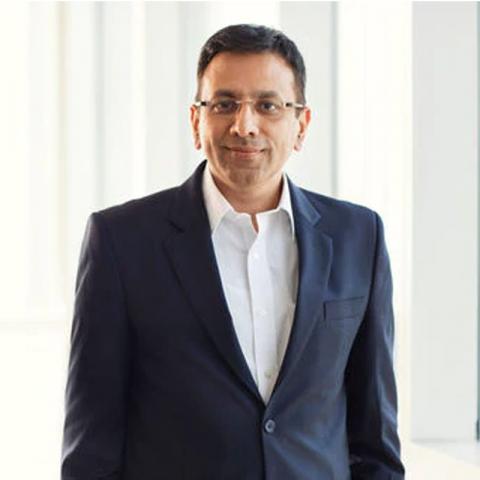 MUMBAI: For years, the spotlight has been on former journalist-turned-media executive Uday Shankar at Star India (now Disney Star India). Reams of copy have been written about how Uday has supercharged the formerly Rupert Murdoch-now-Disney owned media organisation with his dash of entrepreneurship. However, much less has been written about his maanging director Sanjay Gupta who has been relatively in the shadows.

Yes, he has addressed public gatherings such as Ficci Frames, and has represented Star India in forums, but on most occasions, Uday’s larger than life personality has overshadowed Sanjay’s.

Enough conversations had happened between keen Star India observers on whether something would give in the top management of the company now that Disney was the owner and processes very different from what executives had been used to were being put in place. So when news broke that Sanjay had put in his papers and was joining Google India as country manager and VP, sales and operations – stepping in the big shoes of Rajan Anandan – for most it was surprising and not a rude shock.

Ten years at the top in an organisation is a long time, and Sanjay rightfully earned his stripes. A former Hindustan Lever and Bharti Airtel professional he brought in a sharp rigour as far as  brand and consumer focus is concerned into a media company. He helped in the transformation of Star India from being just a broadcaster to one which thought consumer – in almost every situation. Similar to what Pradeep Guha did at the The Times of India in the eighties and nineties.

Sanjay also showed he has the ability to take an idea, make it a reality and scale it up into a money making machine. He proved the perfect foil to Uday who thought big, bigger than any one in the India media firmament had hitherto done. Uday could do so because Rupert and James had the utmost confidence in him and backed him at every stage.

No one knows this about Sanjay more than Uday. In an email to the Star India team on his deputy’s announcement to leave the organisation, Uday has labeled him “his friend and partner” saying he helped him build Star India for over a decade.

He further confesses in the email:  “I have never had to share the news of a departure that would have so much impact on our lives. Sanjay has been the person who has taken charge of my craziest ideas and audacious ambitions of this company and has made them real and successful...every time. He leaves a void in my life that would be impossible to fill.…”

Theories are manifold why Sanjay chose to part ways. Among them: there is not enough room at the top for two fabulous executives in the new Disney-Star India structure. Yes Uday has a larger remit of all of Asia. And Sanjay was in charge of the India operations. However, India is too close to Uday’s heart, hence it was difficult for him to let Sanjay run the ship independently.

Both Uday and Sanjay will rubbish this as sheer balderdash. Which it probably is.

More likely is the conjecture that Sanjay got an opportunity that he could not let go. Leading the Indian operations of one of the world’s largest media and technology companies is something that is extremely appealing to a professional. And that too at Google India – which is part of Alphabet. Google India is a leader in the digital space accounting more than a billion dollars in revenue in the country and its operations encompass almost every part of Indians’ lives. The company has been helping - and has further  plans to help -  in the digitisation of India in every way possible which immediately expands the kind of exciting opportunities and challenges that Sanjay will have to deal with. And being a consumer focused executive who honed his skills at Hindustan Lever, the Google assignment got him smacking his chops.

If one goes by the praise that Uday has heaped upon Sanjay, then he appears to be perfect for the job. Says he in the email: “…there is no one quite gifted as Sanjay in the entire Indian M&E sector. Based on my experience, I can say that there are few like him in the Indian corporate sector as a whole.”

For Star India, however, Uday says it is time to step up because  “the great company that Sanjay built must continue to scale greater heights."

One will have to wait and watch whether Uday will continue to pilot  Star India along with his Asian responsibilities or whether he will bring in another executive to replace Sanjay from outside or promote from within. Whatever direction it takes, Sanjay’s act will be a challenging one to follow.