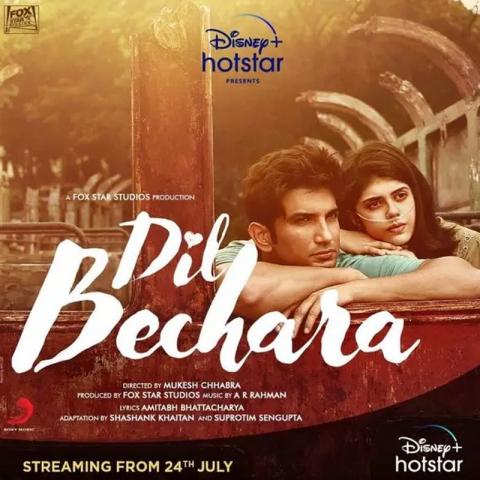 MUMBAI: Is this the shape of things to come? That’s a question most in the Indian film exhibition, production, distribution and streaming sectors are asking.

The reference is to the deal that the world’s largest theatre chain AMC struck yesterday with Universal. It allows a crushing of the window of digital release of new films to at least three weekends (or 17 days) from the current 75-90 days following its rollout on cinema screens.

In March 2020, Universal pocketed $100 million from consumers who watched its film Trolls: World Tour when it released it on its premium video on demand (P-Vod) platform when theatres were shut in the US on account of the lockdowns courtesy the raging pandemic.

That move had irked AMC to the extent that it had said it would not release any of Universal’s forthcoming releases in its 1000 theatres when they would reopen fully.  And the duo had been duelling ever since then.

The agreement between the two now allows AMC to get a piece of the PVOD revenues that Universal will stand to earn from its releases on digital.  But the duo has agreed that films should first be released at a premium price point of around $20, and could be dropped to $3 to $5 only 90 days after their cinema debut.

For sure, going D2C on premium video on demand is better cash earning proposition for the studios as they get to keep 80 per cent of the collections as compared to theatres where the exhibitors retain 50 per cent.  But as everyone says going to the movies is an experience that cannot be replicated at home; hence the exhibition sector does have a long-term future.

The breaking down of the 90-day bastion raises many questions:

*Will other studios like Lionsgate, Warner Bros, Sony Pictures follow suit?
* Will other theatrical chains and independent theatres too toe the line?

* Will this change the business model that is prevalent in India as well as far cinema exhibition is concerned, way beyond the pandemic?

So far, Indian film producers and distributors who don’t have the holding capacity have been taking to release their films on OTT platforms like Disney+ Hotstar, Netflix, Amazon or ZEE5 by selling them streaming rights as theatres have been shut for more than four months.  None of them has attempted to take the premium video on demand route. In fact, Disney+ Hotstar actually kept the premiere of the Sushant Singh Rajput-starrer Dil Bechara free for all in a bid to lure non-paying subscribers to sample the service.

Theatre owners such as PVR and Carnival have been protesting these moves by producers and distributors and have been lobbying to get the governmental go-ahead to open the box office by August as four months of closure has weighed heavily on their financial viability. Of course, there will be severe restrictions – if and when the green flag is raised – in how many seats can be sold for every show.  Considering costs attached to every screening, opening might prove even more financially unviable for exhibitors as the movie-going audience may be loathe to go out, considering how the pandemic is spreading nationwide. Or maybe audiences might flock to the theatres only to have them shut down in case some of the screenings give rise to fresh infections.

Ticketing company BookMyShow has launched its T-Vod platform and has already got a buy in from Shemaroo to release some of its unreleased film slate on it. None of them is an A-lister movie. Shemaroo says it will take the films onto SVOD later. At the time of writing, no other major had done so.

However, Viacom18 Studios C0O Ajit Andhare's comments today about the Universal-AMC deal on Twitter gives a sense of the mood prevalent among producers and studios. “Important developments that will have implications for the future. T-VOD as I have been saying always is making the moves.”

Applause Entertainment CEO Sameer Nair responded to Ajit with his view: “True that! But as long as we, as an industry, strive to keep multiple revenue streams alive, we will adapt and change with these shifting sands. The death knell will be monopolistic gatekeepers that dictate price and access to audiences.”

The questions that the industry will have to find answers to are:

* Will the big producers, studios and distributors take a leap of faith and release the big banner films which have been gathering dust?

* Will they manage to get the streamers to agree to a premium transactional window independent of AVOD and SVOD?

* Will they be able to market smartly and get enough consumers to watch the movies online to recover their investment  (if at least partly) to make the T-Vod effort – in terms of the lower price the streamers will give them for being a second window – worth it?

* Will a mainline theatre chain like PVR, Inox or Carnival agree to partner with a major studio in the new windowing that the pandemic disruption has imposed on age-old business models?

Movie watchers have shown they have the appetite to go digital: 95 million or so of them watched Dil Bechara within 24 hours of its release. An actor, whose untimely death the nation has been mourning, starred in the poignant tale. He was not even ranked in the same grade by the industry as other actors like Ranbir Kapoor, Ranveer Singh, Akshay Kumar, Shah Rukh Khan, Salman Khan and  Aamir Khan though he was supremely talented.

Numerous big banner and big budget films have been awaiting a theatrical release. The pandemic looks un-stoppable currently with nearly 50,000 fresh Covid2019 cases being reported daily. There is no endgame in sight.

Maybe it’s time some of the majors took the T-Vod plunge.  It’s over to the industry.