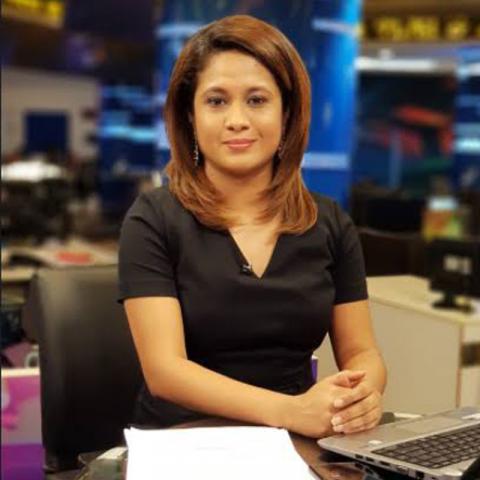 MUMBAI: It’s been almost a month since lockdown and news channels have launched dozens of campaigns on both television and digital platforms to talk about COVID-19. Though the preliminary objective of these campaigns is to create awareness and educate the audience, they also help channels create engagement and that eventually may result in getting more advertisers.

Havas Media Group India and South East Asia chief executive officer Anita Nayyar says, “Marketing campaigns, irrespective of the genre, are meant to improve the brand image or to address any other marketing objective of the channel and that also applies to news channels. Hence, it is a given that campaigns being run by news channels will help to promote them.”

Network18 was the first to launch a campaign called #IndiaGives, wherein each employee of the network donated one day's salary to daily-wage workers and all those severely impacted due to this unprecedented crisis.

The network is also running a full-fledged television and digital awareness and self-help campaign - #MakeYourOwnMask, which aims to create awareness about the most basic infection prevention and control measure - wearing masks outdoors. In addition, each news channel of the network has its own special programming.

“Our campaigns are aligned with the issues of the day,” says Network18 chief executive officer – television news Avinash Kaul. “A key differentiator of most of our campaigns is that they are editorial-led, with our journalists championing them and our programming also reflects that. This adds a great deal of credibility to the campaigns. As a company, we always take the long view.”

Stating that it has always been involved with causes that are aligned with nation-building, Kaul says, “We believe that institutions and great brands are built by being operationally nimble, caring and having a long term vision that aligns with national and societal concerns and aspirations.”

News channels are always aligned to causes more than anybody else, says TRA Research CEO N Chandramouli. “Cause marketing is a very old tool used by news agencies and currently, they have taken the cause of COVID-19 scenario." He also adds the this is due to a lack of advertisers despite the exponential viewership growth in the recent past.

Times Network has launched an umbrella campaign called ‘Fighting Fear with Facts’ that focusses on delivering fact-based reportage and defuse panic and fear while offering uninterrupted news to its viewers. The network’s news brands have also come up with special programming along with campaign initiatives like Factoids, Safety Tips, Do’s and Don’ts, Myth busters, among others.

In the same line as its peers, Times Network has also launched the campaign ‘India Cares’ across its network channels to mobilise support from the viewers to raise funds to PM CARES Fund, to support the migrants and daily labourers, whose livelihoods have been challenged by the epidemic.

“We believe in creating one campaign as the face of the brand rather coming up with various campaigns and confusing viewers,” says a source.

“At this time of crisis, the communication shouldn’t be pushy about your product through campaigns. Rather, it should focus on asserting some motivation and inspiration to the viewers,” says DigitalKites senior vice-president Amit Lall.

Unlike the other two, ABP News Network has launched different campaigns on its channels covering region-specific COVID-19 stories. The network’s Hindi news channel ABP News has initiated a campaign called #CoronakoDhona to strengthen the consciousness of the virus and ensure the safety of the people.

The network’s Marathi news channel -- ABP Majha along with a campaign has curated a special show called ‘Corona Parishad’ to impart the COVID-19 knowledge to the viewers. Similarly, an initiative on ABP Ganga called ‘Corona Ke Karam Yodha’ was telecast to throw light on the unsung heroes of COVID-19, whether they are policemen, doctors, or any other individuals.

ABP News Network chief executive officer Avinash Pandey says: “We measure the success of our organisation through the kind of influence we have on our viewers. For us, nothing comes above the support and aid to people and communities in the time of need. COVID-19 has emanated a sense of disruption and despair worldwide. Through these initiatives and campaigns, our aim was to safeguard the health of the people, spread maximum awareness, create a positive societal impact and most importantly, fulfill our long-standing commitment to deliver the best at all times.”

“The reason channels are coming up with a lot of campaigns is because they are seeing the sentiments of viewers are low and currently there are fewer advertisers buying ad space and inventories," adds Lall.

“The campaigns run by news channels are being seen as public service and disseminating information to help build awareness of the unforeseen situation the country is in,” says Nayyar.

Recently, the News Broadcasters Federation showed its resistance to media agencies trying to cut down ad rates by 50 per cent despite news being the most-watched genre.

Even the News Broadcasters Association spoke about the fact that even top channels are seeing less than 50 per cent ad bookings even as agencies are trying to defer payments to channels.

Even though news channels are doing their bit of social service, they will also need revenue to keep the business running. Under normal circumstances, channels may have roped in sponsors for various campaigns as well. But right now, the market looks bleak.