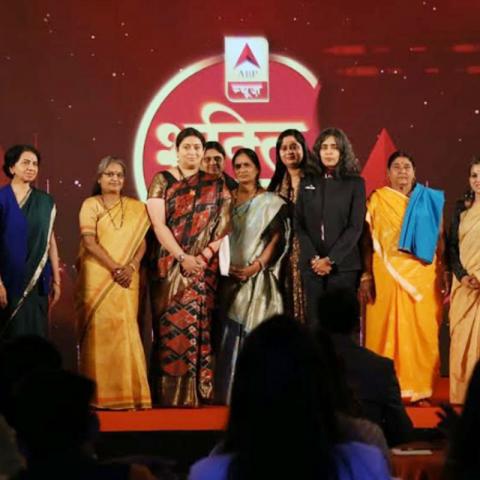 The event was graced by union cabinet minister Smriti Irani, who threw light on the theme of gender stereotypes. She said, “Men are not the problem, the mindsets are.”

Through this initiative, ABP aims to reflect on the experiences of these powerful women, work towards eliminating stereotypes and provide a platform to empowered women — to empower women.

Shakti Samman is an initiative to inspire society to look at women for who they are and not how they look. With the idea of ‘Mindset Challengers’, ABP News has taken up a challenge to break the regressive mind-set about women in our society and shed light on the lives of strong personalities who are making strides for gender equality in their respective industries.

The event witnessed young men and women taking an oath to challenge mindsets and help grow the nation by eliminating biases around women, recognising them for their work & skills and not for their appearances.

ABP News Network chief executive officer Avinash Pandey, says, “Women’s Day is not only a tremendous opportunity to celebrate strong females but also a call to action for everyone to continue to push for complete gender equality."

He adds, “This year we have initiated an eminent theme to challenge the retrogressive mindsets in the society, by sharing the stories of many inspiring women who have made significant strides in different fields and were an active contributor in ensuring equitable norms for women all across the country.”