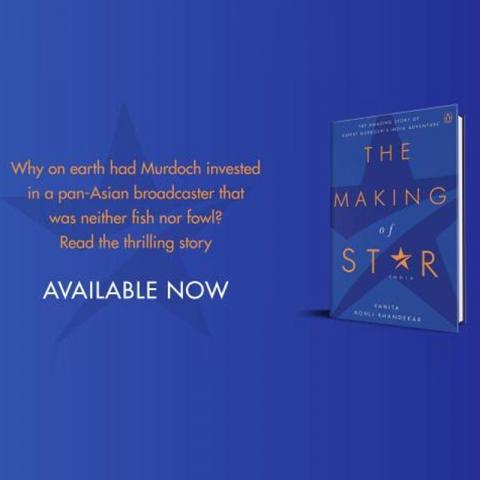 MUMBAI: India is getting its very own version of Mad Men on the life and times of the broadcasting world. The meteoric rise of Rupert Murdoch’s Star India during the satellite boom of the 1990’s will now be the base for an upcoming digital drama series. Locomotive Global and The Story Ink have acquired the screen adaptations for Vanita Kohli-Khandekar’s book ‘The Making of Star India’.

The book takes the reader through the fascinating journey of Star: how Rupert Murdoch bought Star TV, then a pan-Asian broadcaster, from Hong Kong businessman Richard Li, and its transformation over the years into one of the three largest media companies in India.

Story Ink founder Sidharth Jain and Locomotive Global co-founder Sunder Aaron will produce a 10-episode, multi-season, scripted drama series using the book as a base. The fictional series will be based on the heady days of Indian television, during the 90’s and 2000’s, rather than a literal translation of the book.

Jain stated, “Our aim is to create a global quality scripted series. A ground-breaking new show that will be akin to Mad Men meets Succession, and set in the roaring rah-rah early days of the Indian television industry of the late 1990’s and early 2000’s.”

The on-screen adaptation will carry the audience on a journey through the meteoric rise and revolution of the Indian television industry. Jain and Aaron’s objective is to produce a premium drama series that will be made available to viewers via a global streaming platform partner.

Aaron commented, “We aim to pull the curtains back and present the story of Indian television in an unconventional and groundbreaking way that people around the world will find compelling to watch. Today more than ever before, viewers of premium drama series want to lose themselves in an authentic world they find fascinating and yet never knew existed.”

“As a teenager, I won awards for fiction; I found my profession in non-fiction. Now over two decades later a piece of non-fiction I have written is being used to create a drama series. Life comes full circle,” shared Kohli-Khandekar in a LinkedIn post.

One such show that has been previously attempted was TVF’s Thinkistan that explored the advertising industry in the 1990s.