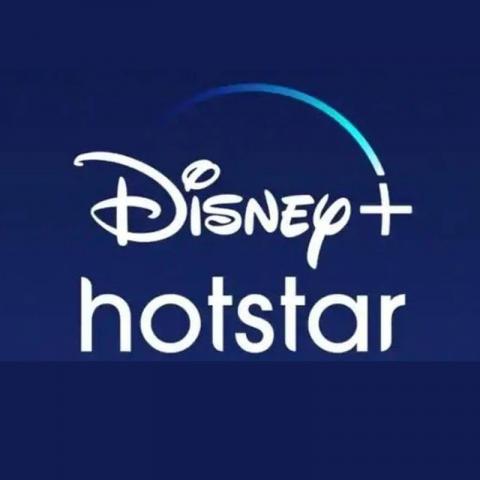 MUMBAI: Star India has announced the upgrade of Hotstar to Disney+ Hotstar will take place on 3 April 2020. With a fresh new look and enhanced user interface, Disney+ Hotstar brings together the magic of Disney’s storytelling and the scale and technological expertise of Hotstar, giving users an unparalleled video streaming experience.

The Walt Disney Company APAC and Chairman, Star & Disney India president Uday Shankar said, “With the success of Hotstar, we ushered in a new era for premium video streaming in India. Today, as we unveil Disney+ Hotstar, we take yet another momentous step in staying committed to our promise of delivering high-quality impactful stories for India that have not only entertained but also made a difference in people’s lives, a promise that is even more meaningful in challenging times such as this. We hope the power of Disney’s storytelling, delivered through Hotstar’s technology, will help our viewers find moments of comfort, happiness and inspiration during these difficult times.”

From the comfort of their homes, Disney+ Hotstar VIP subscribers can explore the world of great entertainment in a language of their choice. Subscribers will now get expanded access to the entire Marvel Cinematic Universe and the best of superheroes movies like The Avengers, Iron Man, Thor Ragnarok, latest and biggest movies including The Lion King, Frozen II, Aladdin and Toy Story 4. Families can spend quality time together with engaging content and characters like Mickey Mouse, Gajju Bhai, Doraemon and Shin-chan. Stay entertained with the latest Bollywood movies like Panga, Tanhaji and more immediately after theatrical release, watch exclusive Hotstar Specials shows in seven languages like the hugely popular Neeraj Pandey’s Special Ops, Out of Love, Criminal Justice, unlimited LIVE sporting action, and STAR serials before TV and much more. Users can now enjoy all this at an affordable price of Rs 399/- for a year.

Subscribers of Disney+ Hotstar Premium will receive all the benefits of Disney+ Hotstar VIP, with the addition of access to English language content and 29 critically acclaimed Disney+ Originals, including The Mandalorian from executive producer and writer Jon Favreau; High School Musical: The Musical: The Series, a creative modern take on the hit franchise; and the live-action Lady and the Tramp, a timeless re-telling of the 1955 animated classic; and many more to come; as well as the latest American shows from studios like HBO, Fox, Showtime at the price of Rs 1499 for a year.

All existing subscribers will be automatically upgraded to their respective new subscription plan and will be charged the new rates upon renewal.

A separate Disney+ branded section will help users navigate the wonderful Disney, Pixar, Marvel, Star Wars, and National Geographic content available on the service. Subscribers will enjoy the benefits of unlimited downloads of all Disney+ movies and shows, as well as personalized recommendations. Additionally, parents can navigate through the kids-safe mode to access age-appropriate content.

Users will continue to enjoy high-quality free content such as daily catch-up TV shows in eight Indian languages, a vast library of blockbuster movies like Housefull 4, Chhichhore, Badhai Ho, Komali and many more, and LIVE and on-demand news in eight languages from the leading news channels in the country. Disney+ Hotstar will also have a comprehensive sports clips offering for its free users, covering major sporting events such IPL, BCCI cricket series, Premier League, ISL and PKL, with all the exciting action from the day available as match highlights, key individual performances and match analysis.

As a prelude to the launch, Disney+ Hotstar will host India’s largest virtual red carpet event on 2 April with the premiere of The Lion King (in English, Hindi, Tamil & Telugu) at 6 pm followed by the popular Disney+ original The Mandalorian at 8 pm. Helping build a virtual community and conversations in these times of physical and social distancing, users will be able to interact on the social feed on the platform, as these premieres are happening. They can chat with their friends and family, share photos and badges with them and the rest of India, and also interact with some of their favourite celebrities who will be at the red-carpet premiere event with them, all while staying safe at home.