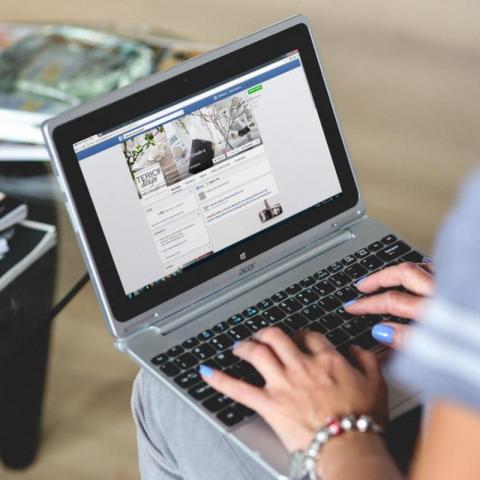 NEW DELHI: Over the course of the last three months, consumers attitude and behaviour has gone through some very fundamental changes, shared Nimisha Jain, managing director and partner, Boston Consulting Group, while releasing the latest Facebook India-BCG findings. The novel SarsCov2 crisis has given a major boost to digital influence on consumers in the country.

The findings were revealed during a virtual event and panel discussion attended by several leaders of India Inc, and saw businesses such as Samsung India, Mondelez India and Big Bazaar, all of which have deep offline retail networks, throw light on how they’ve leveraged digital in these times.

“If you go back in history, SARS in 2003 was a tipping point for e-commerce in China. We believe that this [the pandemic and lockdown] is an important time when we could have a similar shift in India as well,” Jain added.

A key takeaway from the reports is that 70 per cent of urban consumers for mobile and 55-60 per cent for apparel will be digitally influenced. It’s critical that brands amp up their digital engagement and customise their proposition to win in the new normal.

The report has highlighted smartphones as an ‘essential’ category in consumer’s daily life, consumer spending sentiment for mobile phones continues to garner mixed responses. Around 29 per cent of the respondents to the BCG survey said they are more likely to decrease spending in the next six months; 40 per cent of which might buy a cheaper variant of a mobile phone, while 15 per cent of them might look at a cheaper brand altogether.

The report says that three kinds of consumer trends have made the smartphone even more central to our lives—a reversal of past trends such as bringing the outside in-home through virtual experiences, acceleration of past trends leading to stronger adoption of digital and online, and the formation of new habits such as DIY. No wonder that 55 per cent of those surveyed said that they intend to increase spends on mobile phone via an online channel in the next six months.

“We know that digital influence has significantly increased across the path-to-purchase - up to 70 per cent for some categories. We are now seeing businesses convert this increased digital influence into tangible business outcomes. A significant digital acceleration has happened on the back of social media, and with 400 million + Indians connected on the Facebook family of apps in India, we play a consequential role in the consumer journey. The opportunity for businesses now is to adopt new solutions that are now available, across the funnel - replicate in-person experiences by bringing alive virtual experiences, focus on efficiency and truly incremental outcomes by platform, and leverage friction-less ways of staying in touch with the consumer in times of physical distancing," shared Facebook India director and head global marketing solutions Sandeep Bhushan.

Futurebrands consulting MD and CEO Santosh Desai, one of the panellists, shared that the pandemic has made us adapt to new habits for instance online education, cooking etc. “Today we are forced to think of things in a new way and what will remain are the opportunities. Marketers should not be complacent, they should dig deep to challenge the current trends.”

Furthermore, the report reveals that people intend to explore online channels a lot more for purchasing smartphones, consumer packaged goods, and apparel in the coming six months. For instance, 55 per cent intend to increase online spends on mobile phones in the next six months.