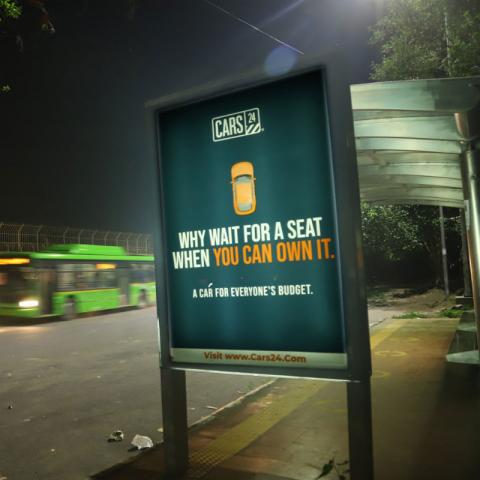 NEW DELHI: Auto-tech company, CARS24, today, launched it’s latest campaign – ‘A car for everyone’s budget’ to offer affordable or budget-friendly pre-owned cars to its customers. Through this campaign, the company intends to address the growing demand of daily public transport commuters to own four-wheelers to continue social distancing norm and adjust in the ‘new normal’ world. The outdoor campaign is currently launched across Delhi - NCR and will soon be extended to other cities by August first week.

According to a recent survey by the company, there has been a potential impact of COVID2019 on the car purchase behaviour of daily commuters in India where people have shown a greater preference towards the other mode of transport than public transport. The survey also highlights that as a post lockdown effect, there has been an increase by 41 per cent in the intention of consumers to use private cars to commute and settle for pre-owned cars instead of brand-new cars to reduce pressure on their wallets. It further indicates that 48 per cent of CARS24’s customers prefer to own private cars.

CARS24 brand head Nida Naushad said, “Covid2019 has resulted in a more permanent shift in consumers’ attitude and shopping behaviour as well as how they commute. More people using public transport are finding it safer to own a private car but are still concerned about finding the right car in the budget. Hence, we decided to reach the customers where they are and target bus stops and metro stations. As a result, we witnessed an increase of 30 per cent on our website during the campaign period which is promising."