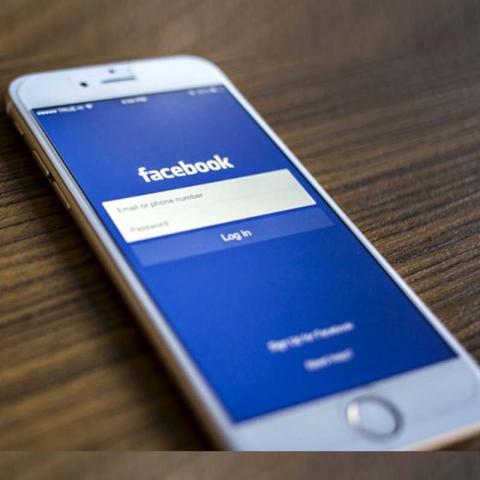 MUMBAI: India alone accounts for 11 per cent of Facebook’s global user-base, making it the biggest for the social media platform. The country, with its growing internet penetration and smartphone market provides ample opportunities for the platform to grow and therefore, it is not leaving any stone unturned to tap the space.

After updating the branding of the Facebook company in November 2019 and annoucing the appointment of Avinash Pant as the marketing director for India operations, Facebook has released its first high-decibel campaign ‘More Together’ in India, making the country the first Asia-Pacific region to witness its roll-out.

“Consumer marketing is a new strategic area of focus for Facebook and is part of the company’s priority of transparently communicating the role its services play in the world. ‘More Together’ is the marketing campaign for the Facebook App, to share stories that celebrate and highlight the power of connections.  It is built on the core belief that people can do more together, than alone," shared Facebook in a press release.

Facebook India VP and MD Ajit Mohan noted that India is at the heart of Facebook. He insisted that the brand wants to tell stories of its services that are deeply embedded in the fabric of India. “While at the company level we remain focussed on building trust, we want to showcase the many ways that Facebook is intertwined in the lives of Indians - from connecting with loved ones, to growing businesses and supporting local communities, to finding ways to come together to learn and share and celebrate.”

The first film of the campaign, themed around the upcoming festival of Holi, has been catching the fancy of the media veterans.

Praising the campaign, Harish Bijoor Consults Inc founder Harish Bijoor said, “Brands need to keep reminding their users that they are culturally in sync and in connect. Facebook is doing just that with this piece of communication. It is a format of pure goodwill communication at play. It seeks nothing but goodwill.”

Samsika Marketing Consultants founder chairman and managing director Jagdeep Kapoor told Indiantelevision.com, “It is a vibrant campaign, taking the brand, Facebook, at a higher emotional level, far and wide and deepening friendship beyond boundaries, which keeping the Indianness intact, in this case through Holi.”

Kapoor feels that the campaign will take the brand reach wider and deeper. He stated that the timing is perfect to launch such campaign which is topical and relatable.

The multi-channel campaign has been conceptualised by Taproot Dentsu and will have multiple campaigns going on-air over the next few weeks, in eight languages.

Dentsu Aegis Network creative chairperson and Taproot Dentsu co-founder Agnello Dias taking delight in developing the campaign said, “The world of Facebook represents a canvas of connections that’s huge, vibrant and full of serendipitous outcomes and surprises. To celebrate all users and to inspire more of them to benefit from the power of connections, our creative team led by Pallavi Chakravarti, wrote stories with all these unexpected, wonderful outcomes, which are inspired by real people and their real journeys.”